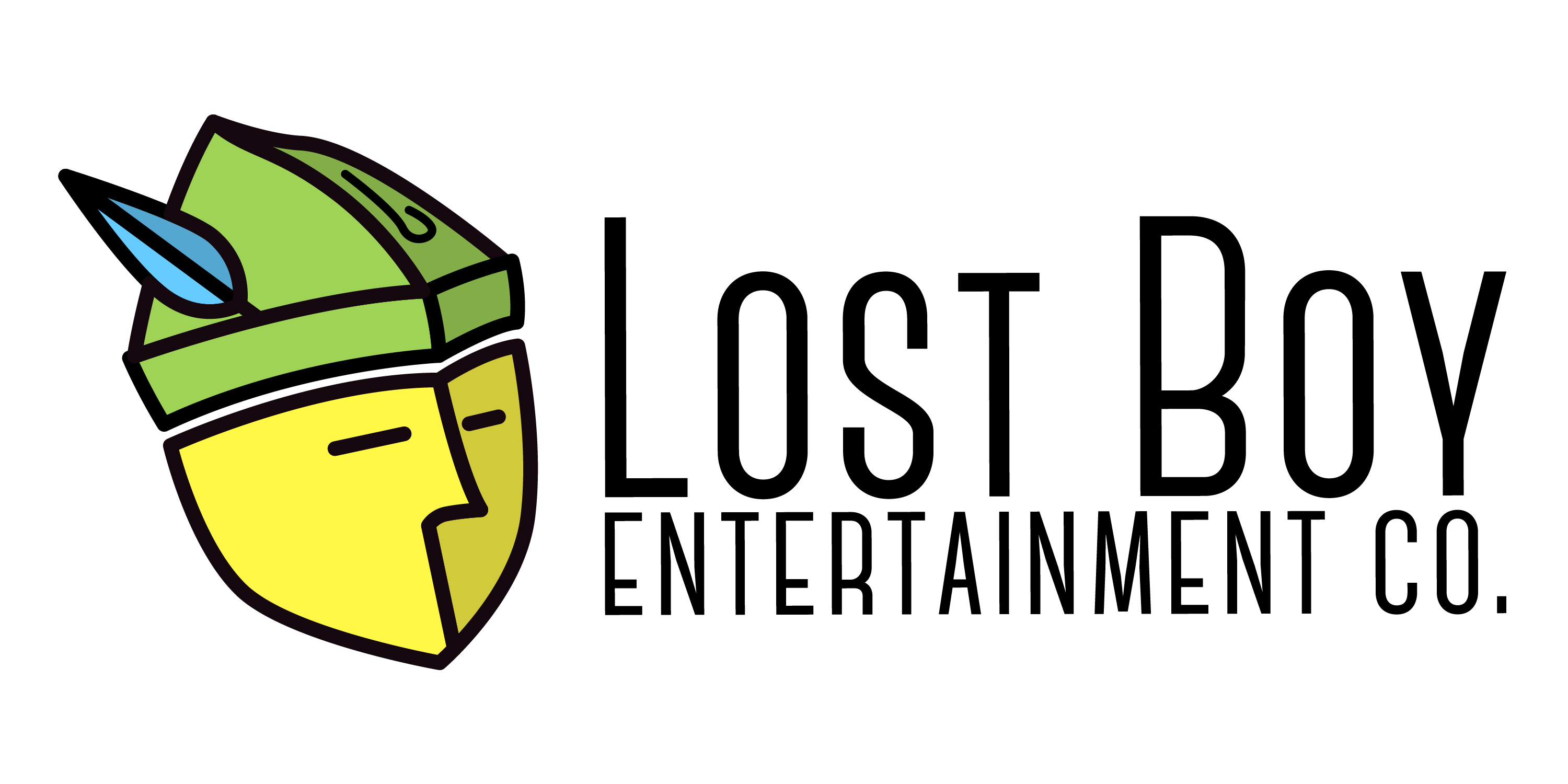 Founded by Christian Anderson, Abe Alberts, Aaron Smith, and Bryce Vander Sanden in early 2019, Lost Boy Entertainment Co. is a pioneer in the entertainment scene. They proudly represent and manage a talented group of artists, music producers, and entrepreneurs offering a creative platform to launch and develop their careers. Founded and run by artists, for artists, Lost Boy is all about developing connections and building towards success. Through their ground-breaking services including Artist Development & Management, Marketing, Public Relations, and Graphic Design, Lost Boy Entertainment Company is helping Musicians, Artists, Businesses,and Entrepreneurs flourish in the global economy.
‍
Take a look around the site to get to know our team and ambitions. 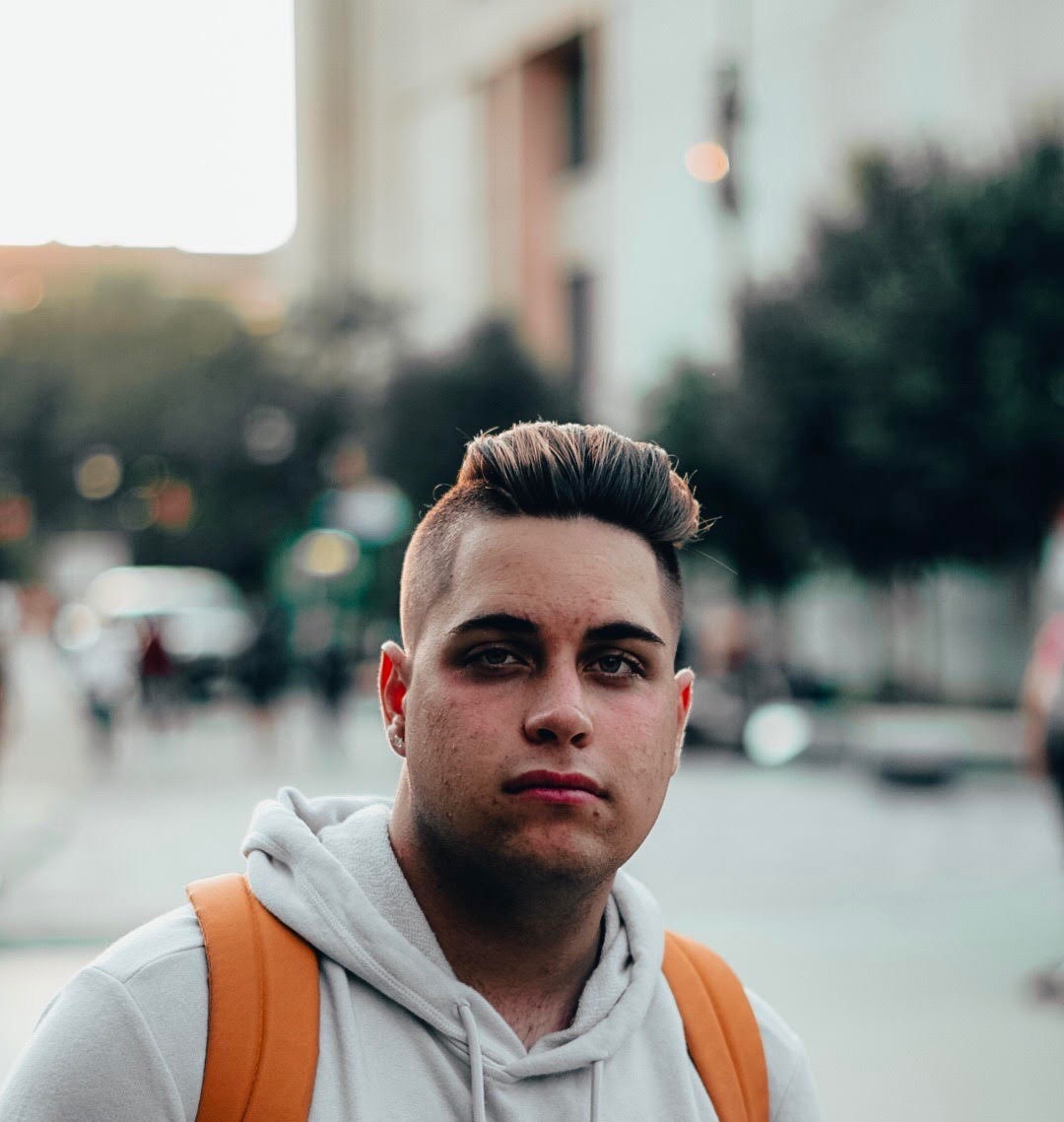 Christian Anderson, also well known as the hip/hop artist Trust’N, fell in love with music at a young age and was inspired pursue a career as an artist in his early teen years by his peers. As an artist, his relatable and down to earth lyrics has allowed him to connect with an audience on a massive, world wide scale. Propelling of hit songs like “Let You Be” Trust’N has amassed millions of streams across the globe. In a more recent pursuit of his career he released a six- song collaborative hip hop album called “Lapse” with fellow Madison artist BKWDS. The album peaked at #12 on Apple’s iTunes hip/hop charts which gained Trust’N massive exposure to major media sites like Lyrical Lemonade, Thrive Global, ABC, NBC, FOX News, Future Sharks, Medium, and many more.

While Trust’N continues to perfect his craft as an artist, he has also taken on more of a business role in the industry. As an Entrepreneur, Christian was exposed to the field of Public Relations through his desire to verify himself on Instagram. After acting as his own manager, he was able to produce impeccable results and completed the task he set out to do.Christian took that experience and started working as a freelance PR for other artists with the desire to provide them the same results he had gotten. After impressing the CEO of Bentley Records in NYC, he was offered the position of Director of PR. The youngest ever to be offered such a position. Although being new to the industry, Christian has been able to provide incredible results at the fraction of the services normal cost. Driven by his success, large connection base, and drive to win as an artist & entrepreneur he founded Lost Boy Entertainment Co. to provide artists, entrepreneurs and businesses the same services he had to scratch and claw to find himself. Being the original Lost Boy, Christian serves as the company’s CEO & Director of Public Relations. He is an incredible Motivator, Leader, Businessman, and Entrepreneur leading Lost Boy Entertainment into the future. 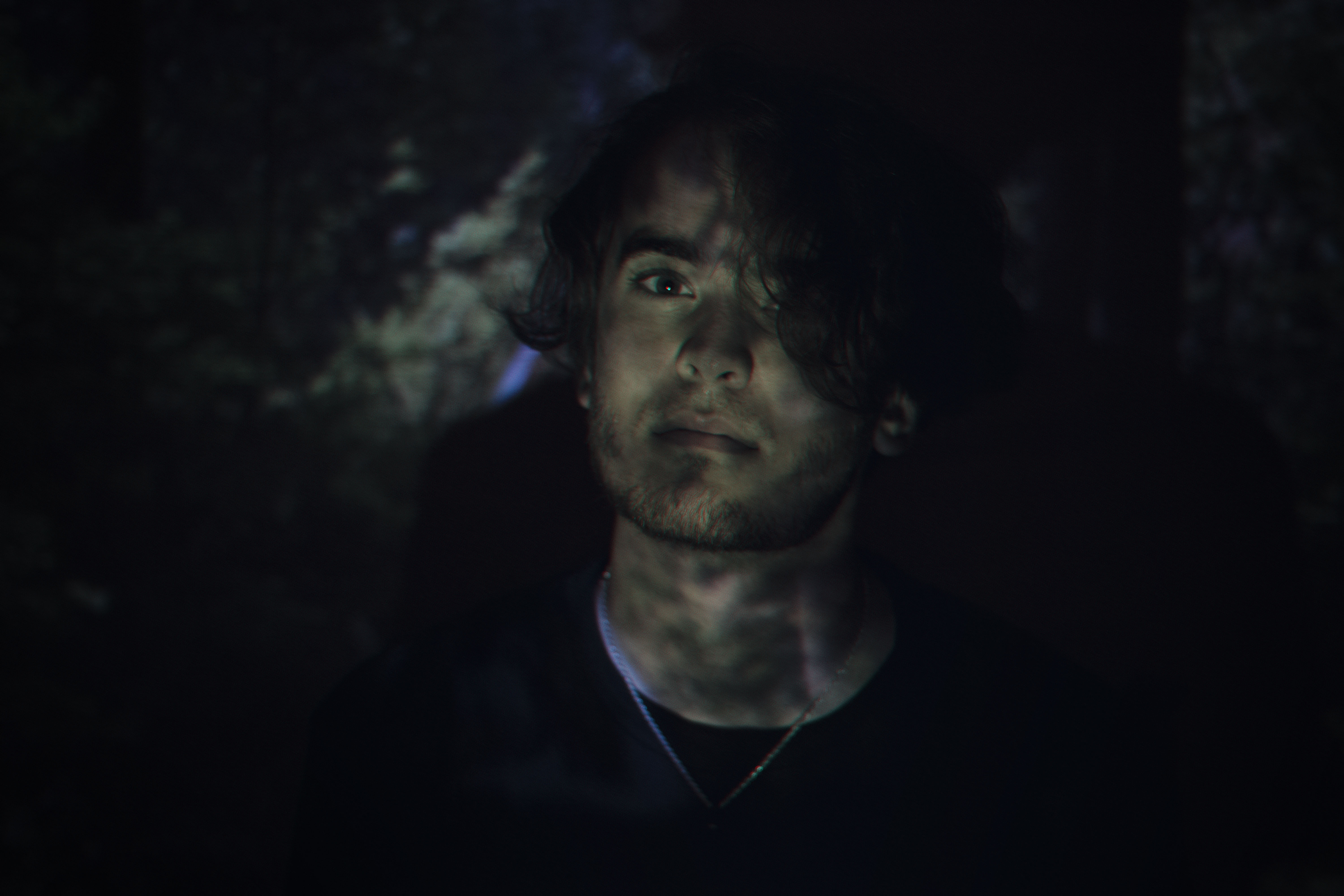 Abe Alberts, also known as the artist Homeworld, is an aspiring artist and producer from Northwestern Wisconsin. A creative at a young age, Alberts has been pursuing various forms of art all his life - recently falling in love with creating music. His newfound passion pushed him to create pleasantly unique tracking combining elements of pop, indie, and hip-hop. After releasing just two experimental EPs, a wave of support has pushed Alberts to sink hours into refining his sound and to dive deeper into musical discovery and experimentation. After impressively self-writing, producing, mixing, and mastering his last project “The Uppercase Files” and seeing great results from its release, he is driven to continue crafting his sound.

As an Entrepreneur and staff member of Lost Boy Entertainment Co., Abe is in charge of everything artwork, graphics, apparel, and branding, while often making contributions on the marketing staff. His artwork has been published to major websites including Lyrical Lemonade, Thrive Global, Future Sharks, ABC, NBC, FOX, and many more. His unique outlook and perspective on art along with his impeccable design skills has proven to be vital to the success of the company. Abe is one of the original 4 founders of Lost Boy Entertainment. 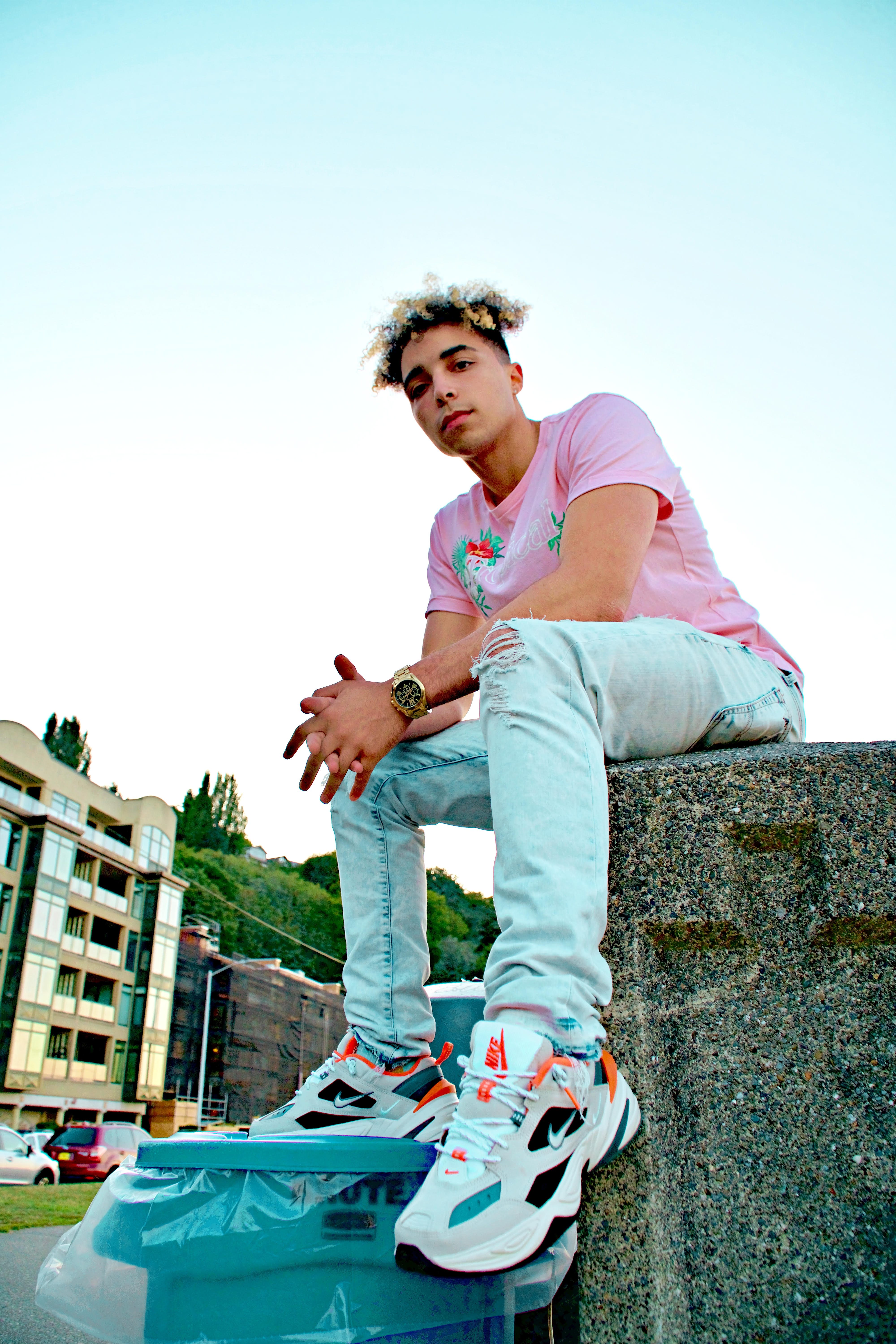 Aon Smith, aka Aon Sãv, is an artist, marketing expert and deliverer of quality sound. As an artist, Aon brings a unique sound to the industry. Although focusing mostly on the business side at Lost Boy Entertainment, Aon’s musical ability can never be overlooked. His main roles as the company include being in charge of the marketing and promotions team, assisting the CEO with important projects, and making sure the music being released from the company is well mixed and mastered.

Aon is a savvy entrepreneur bringing a set of skills vital to Lost Boy’s success.His great communication skills and past experience in the marketing field allow him to relate to the company’s artists in a way most managers and marketers can’t. Being one of the original founders, Aon’s importance to the foundation and well-being of the company is never overlooked or underappreciated. 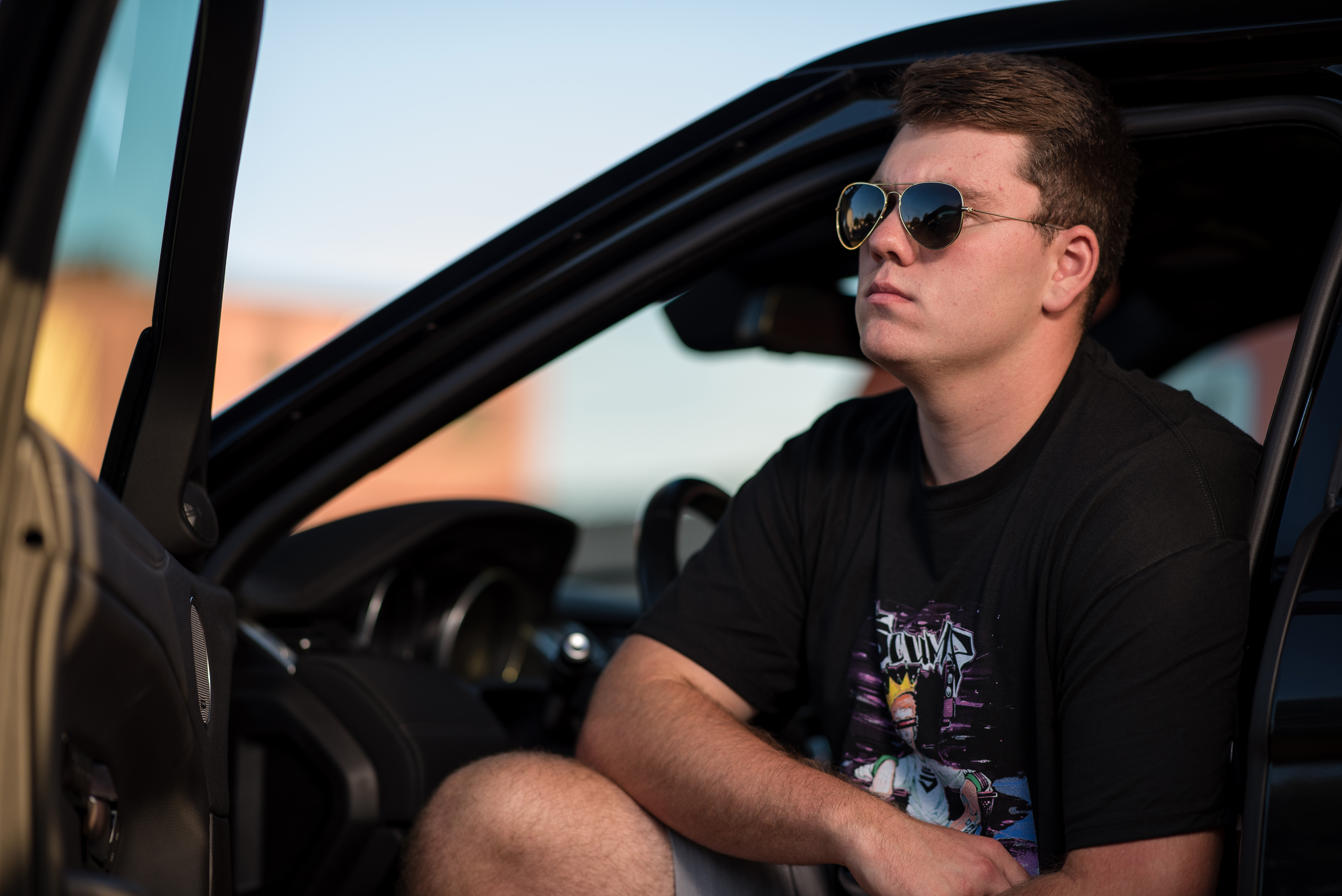 When Christian Anderson (CEO) originally founded Lost Boy Entertainment, he knew he was going to need help. He didn’t even think twice before asking Bryce to come aboard the fast sailing ship. More than just being one of Christian’s life-long best friends, Bryce is majoring in Accounting and Finance at the same University Christian is attending. Bryce’s skill and natural knack for the Finance and Accounting field is tremendous. He also assists in the PR and Management divisions of the company. Having his name on the articles of incorporation distinguishes him as one of the most important people working for the company.

From its beginning stages Bryce has been a sturdy friend, and business partner that all of the other Co-Founders can rely on. His skills and knowledge make him more than qualified to hold the position title of Chief Financial Officer (CFO) of Lost Boy Entertainment Company. Taking careful care of the company’s assets, Bryce is highly important to the overall success of the organization. This includes keeping track of financial transactions, providing investing opportunities and insight, as well as also advising the CEO in his financial decisions. Being one of the original Lost Boys, Bryce is invaluable to the company. 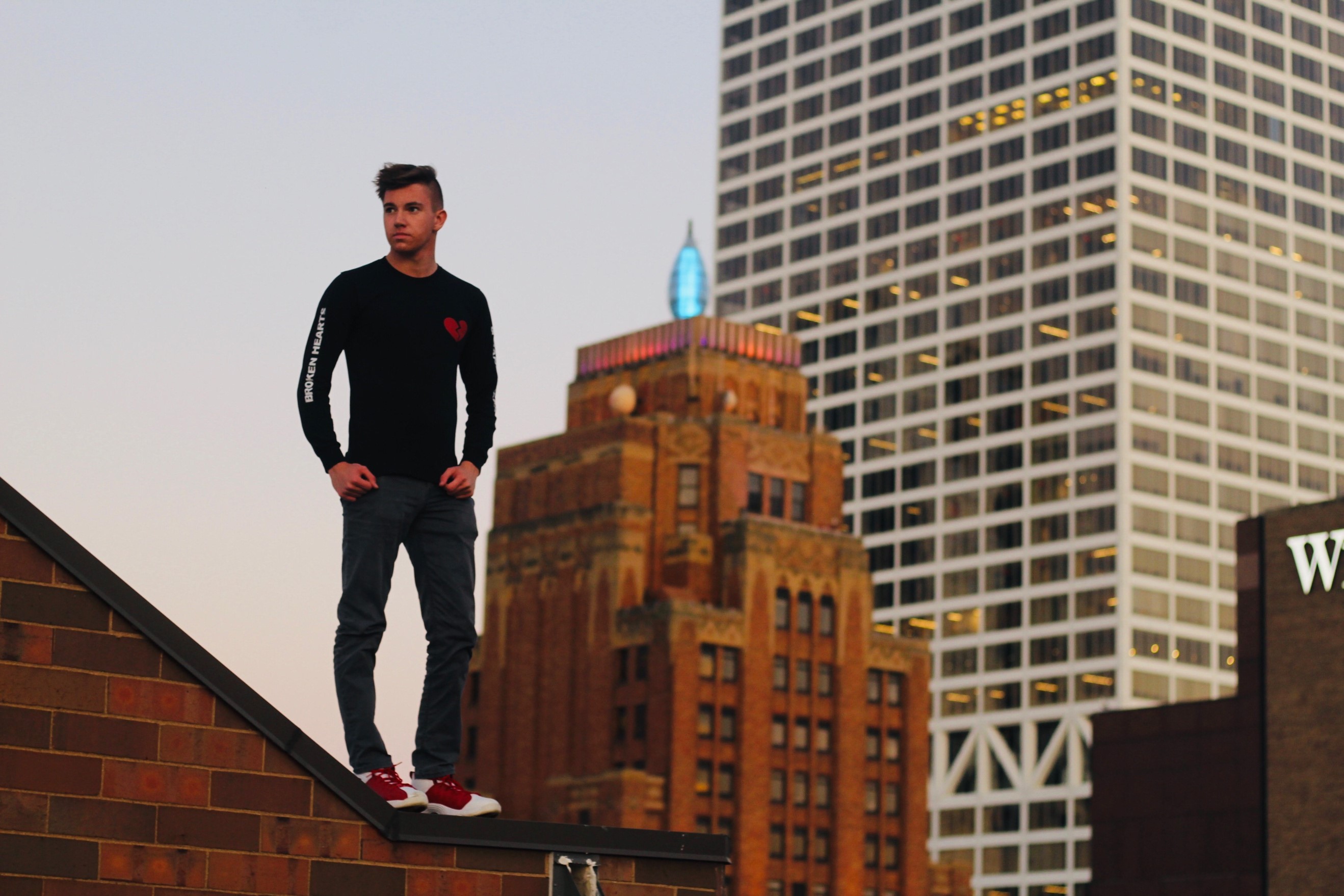 At the age of only 18, Tanner Bliesner has made a name for himself not only in Milwaukee, WI, but across the whole nation after working for artists such as Playboi Carti, Max, and being interviewed on iHeartRadio. He also founded his own company called Project Dreams, which is a platform for upcoming artists to get exposure and media creation help. Tanner’s main focus at Lost Boy is Photography and Artists Relations & Management. His work building connections with other artists through his photography gigs will be vital to the company’s success.